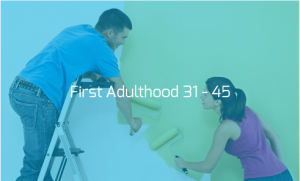 The government introduced legislation in April 2014 to make it more affordable for first time buyers (FTB) to purchase their first home when they introduced the Help to Buy (HTB) Scheme.  Cynics would argue that this only fueled the price of new homes further in a heated property market.  The maximum value of this HTB scheme benefit is up to €20,000 subject to your income tax history allowing you claim back your paid tax in previous 4 years and reportedly some 30,000 have applied and €178 million has been paid by the government up to the middle of 2019.

A fundamental matter for FTB’s is affordability, which is a combination of their earnings, savings, gifts (most likely from parents) and of course the banks play critical role in assisting FTB’s through the provision of the home loan facility. This loan approval will contain a series of conditions, all of which need to be satisfied in order to successfully draw-down the mortgage.  Failure to meet any or all of these criteria may result in the mortgage being reduced or withdrawn in its entirety.

It is common for purchase contracts to include a standard loan approval clause, to protect the buyer from the risk that they may not be permitted to draw down their full loan approval.  The Bank reserves the right to restrict/revoke draw-down of funds where conditions are not fully met.  The Bank have discretion to change their lending decisions under a number of different scenarios for example:-

So it is with some surprise that I learned from two different home loan clients, both purchasing in the same popular development in Galway, that the solicitor, acting for the developer, insists that the standard loan approval clause does not form part of the home purchase contract.  This is now happening on a more frequent basis.

Under these circumstances I now have to advise my clients to have the standard clause included in the contract, otherwise my advice must be not to sign these contracts.  This is an already stressful time for buyers and I am conscious that my advice may risk clients losing out on their property.  I believe solicitors are guided by the Law Society of Ireland to include the standard approval clause.  I expect the FTB solicitor is obliged to take the same approach as I have in advising our mutual clients not to sign contracts without the standard loan approval clause being included.

So why is the developer taking this hard-line stance?  Are they looking now for cash buyers only, who are paying top prices because of the FTB HTB scheme?  Do developers honestly believe the most vulnerable home buyer would sign a contract without this protective clause?

The media coverage today continually highlights the risks of Brexit and how this might extend to the housing market in Ireland.  Could this be creating additional pressure for developers, perhaps in conjunction with a little Bank pressure?  The HTB scheme itself is due to expire on 31st December 2019 and a decision on a Brexit deal or no deal scenario is scheduled for 31st October 2019. There have also been mentions in recent days from some commentators that the government are contemplating extending the HTB scheme as part of next budget announcement.

Whatever the reasons, the vulnerable FTB’s are being asked to pay premium prices for new homes, and now to add insult to injury, stretched to their financial limits and their wits end, they are being asked to sign purchase contracts with no loan approval clause and thereby risk losing their contract deposit (10% in most cases).  For my clients this equates to between €34,500 and €39,500.

Are the developers within their rights to take this position, unfortunately they are.  Is their stance ethically and morally right? That is questionable and I strongly believe their stance is anti-first time buyer and ironic when one considers the HTB scheme is arguably a significant factor in propping up their prices in the first instance.  Their actions must now be questioned! Developers you can’t have your FTB cake and eat it too!